The Lies Of Spies 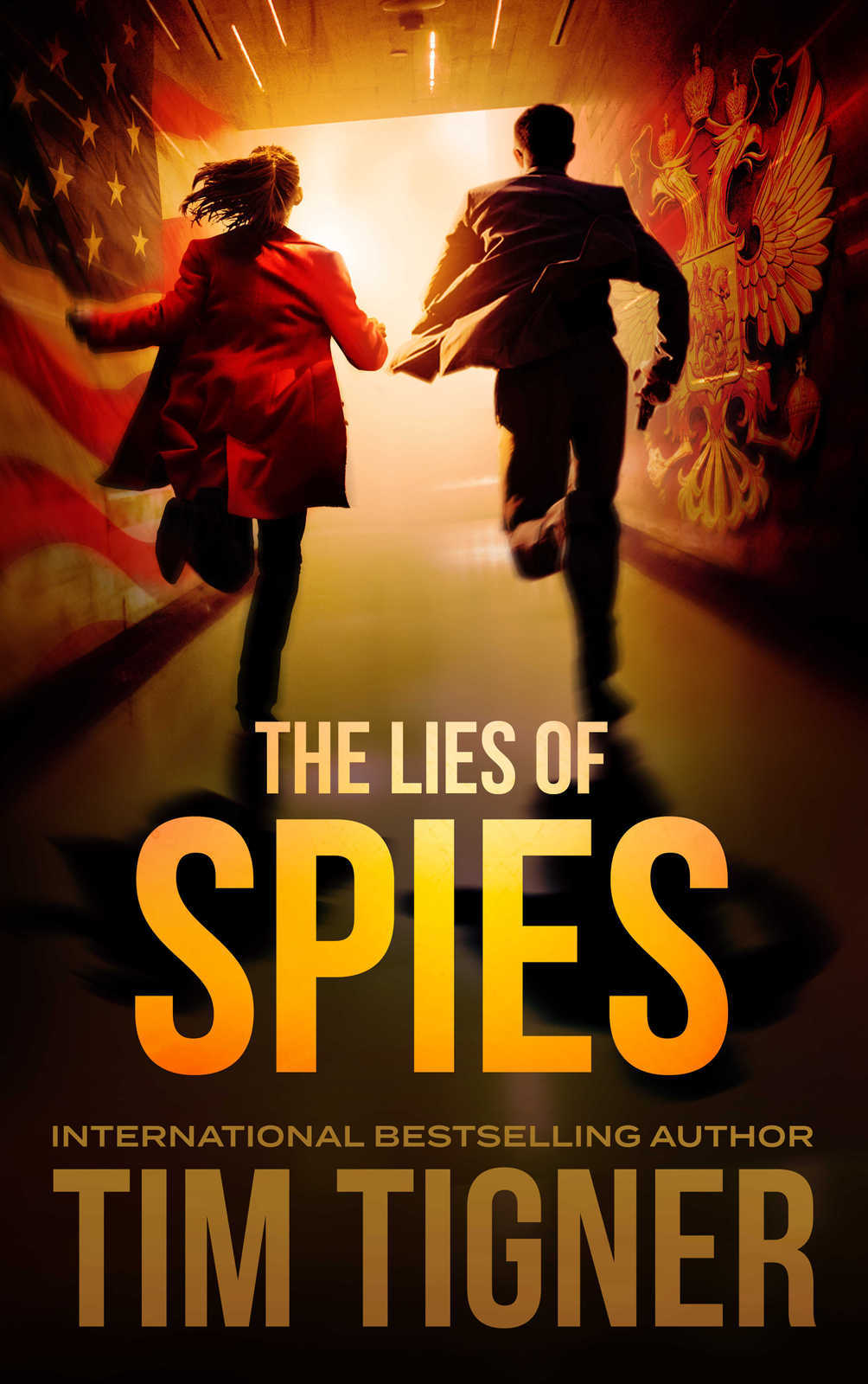 Journey beneath the diplomatic veneer of international politics and beyond the reach of conventional military operations into the epicenter of clandestine affairs — where diplomats dance and spies collide in wars that never make the news.

As the next step in its expansionist agenda, the Kremlin devises a covert coup far more devastating than Bin Laden’s most dangerous dream. With the American economy in his crosshairs, Russian President Vladimir Korovin picks suitable pawns and pulls sizable levers, initiating the boldest gambit the world has ever seen.

With their plans in place and their spies undercover, each president is confident that he has outplayed the other — until everything goes wrong.

The Lies Of Spies will keep you guessing from first page to last with the suspenseful twists and unpredictable turns readers expect from Tim Tigner. Don’t pick it up at night if you plan to work in the morning.

"Tim Tigner is the antidote of Dull."

"The most gripping story line I have ever read."

"Achilles is James Bond and Mitch Rapp, combined and surpassed."

"The stories he spins are frightening because they are so damn plausible."

"The perfect balance between reacher and harvath."

"Tigner's style is so taut, you can feel the squeeze."

"Kept me turning pages as quickly as I could manage."

“Can you get the blood out?” Reggie asked, unbuttoning the pinpoint oxford and handing it to his landlady.

Mrs. Pettygrove accepted the soiled shirt with a liver-spotted hand and an inquisitive glance. “Solid white is easy, dear. Lots of options. Don’t you worry, I’ll get it out. Leave your shoes too. They’ll be waiting for you in the morning.”

Reggie looked down to study his black wingtips in the dim glow of the Georgetown brownstone’s entryway light. “My shoes are fine. You shined them just two days ago.”

“Fine isn’t good enough.” Her singsong voice was tinged with excitement. “Not for you, and certainly not for the White House. I want them to be beautiful.”

Reggie slipped off his shoes — more to see the twinkle in those wizened blue eyes than for the service itself. “You’re too good to me.”

“Better than some people, apparently. Would you care to tell me whose blood you’re wearing?”

Reggie showed her some teeth. “Let’s just say it’s a lawyer’s.”
“Everyone in Washington’s a lawyer, dear.”

He winked and turned toward the stairs that led up to his room, knowing that no offense would be taken. She understood that discretion was his first duty. “Good night, Mrs. Pettygrove. And thanks again.”

Reggie served as President William Silver’s personal aide, or body man as most referred to him. It was a unique role. On the one hand, he was a servant, a valet. On the other, Reggie enjoyed virtually unparalleled intimacy with both the great man and the highest office. Only Brock Sparkman, the president’s new chief of staff, was as tapped into the psyche of the commander-in-chief.

Reggie went everywhere the president went, mentally two steps ahead while physically three steps behind. His job was to anticipate Silver’s personal needs and attend to them. With Reggie relieving him of petty problems and everyday worries, America’s chief executive was free to dedicate his big brain to the nation’s business.

Officially, Reggie knew little of import. Although he held a Top-Secret clearance, as everyone close to the president did, he didn’t have SCI clearance. He didn’t have access to the Sensitive Compartmented Information, the sexy stuff. Nevertheless, very little happened in the Oval Office or on Air Force One of which Reggie wasn’t aware.

He pieced together a few words here, and a few words there, when a door was left open or he was leaving a room. The subsequent amalgamation was unavoidable when one had a keen intellect and a curious mind. Sometimes it didn’t even take that much. Today in Cadillac One, for example, in between a routine update with his chief of staff and a call with the governor of Wisconsin, the secretary of defense had called regarding an administrative matter but had ended up briefing the president on a space-based defense platform that was right out of the movies — except that apparently it wasn’t.

Pulling back the covers, Reggie found himself shaking his head as he reflected on his conversation with Mrs. Pettygrove. Can you get the blood out? In this town, that was a loaded question. Reggie’s conscience was clean, but he knew that many on Capitol Hill had souls resembling Lady Macbeth’s. How fortunate he was, to be working for the good guys.

As he drifted off, Reggie had no inkling of the remarkable revelation he’d overhear the next morning while in the presence of those good guys — or the colossal confrontation that would result.